Melanie is a Boss B****
She didn’t trust me at first…
She questioned everything I told her even though she wasn’t happy where she was.
But the proof is in the protein powder.. lol (not literally)
Really, all it took for Melanie was trusting the process and committing to it.
This is the biggest problem I’m seeing currently… being indecisive
Watching some workout videos and reading some diet articles mean nothing if you haven’t fully committed to it.
You’ll just continue to be unhappy and unsatisfied.
In reality… you MUST fully commit to YOURSELF not just the workout or the diet.
This means you’re willing to do whatever it takes.
This means you’re actually wanting to make a lifestyle change not just follow a plan someone told you to do.
It takes effort.. yes.
It takes work.. yes.
It’s not easy.. yes.
It’s worth it af….. YES.
Just ask Melanie.
So if you’re ready to commit to YOU.
Send me a message.
We can hop on a free strategy call and get you on track with your goals.
If not that’s fine too.
Just don’t continue doing it half-way cause you’ll never be happy. 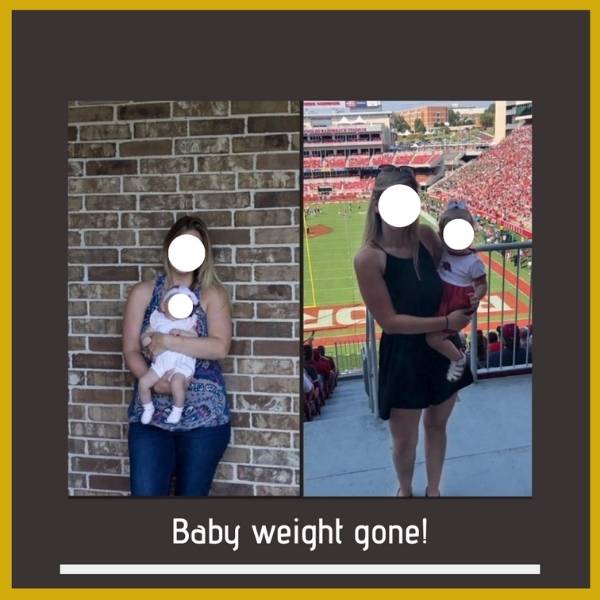 Lindsey is an extremely hard worker and I had the privilege of coaching her in a group setting. You can tell by her transformation picture that accountability is the key to success, especially in fitness. 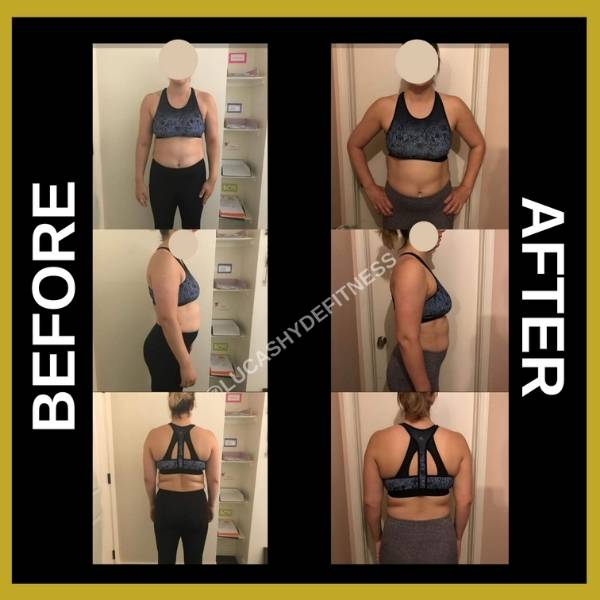 April took the leap of faith by coming into my 1on1 mentorship early on but it paid off huge. We were able to help her tone and increase her strength dramatically.

In just a few months she had more energy to play with her daughter and strength to manage some chronic pain she’d been suffering from. 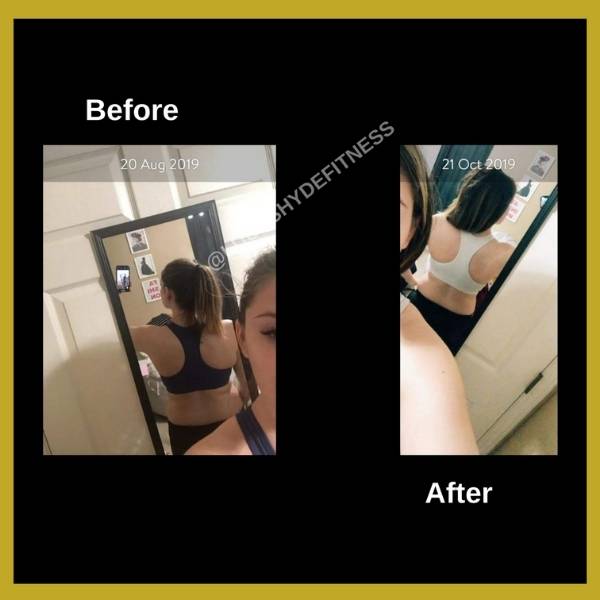 Reagan was a student at the time of us working together and she came to me for one purpose.. she wanted to be STRONG.

I often have to convince my female clients that lifting weights is the #1 way to “tone” but not Reagan. She understood that by getting strong she’d build the physique she wanted. (And know, ladies, you will not look bulky like a man)

Her journey speaks for itself because not only did she reach her strength goals but she got leaner, more toned, and had 3x as much endurance as she did before wet met. 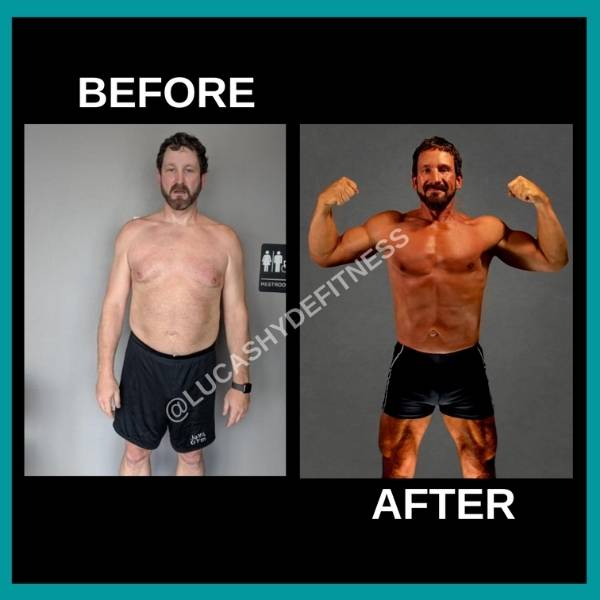 A little over a year ago Mark came to me with a simple goal. Strengthen his back.
Mark had spinal stenosis meaning the canal where his spinal cord is became narrowed causing immense pain in his low back.

He once told me his pain was so bad, it was hard to stand long enough even to do the dishes.  3 months in we solved the problem. Back was doing better and he was feeling better.

Little did I know after only a few months.. Mark was ready to step it up. Not just a notch or two, but 10. He told me in September, “Lucas, I have a new goal. I want to be Leonidas.” (based off of the warrior-king, played by Gerard Butler in the movie 300)

To which I said “Are you sure, Mark? This is a MASSIVE goal and it won’t be easy in the slightest.”  I told him I’d help him and coach him through it all but he’s going to have to be diligent.  He told me “I’m ready and I’m willing”.

Fast forward to 2020, in the middle of a worldwide pandemic, with every obstacle in the way possible, and HE IS CRUSHING IT.

He’s well on his way to hitting that goal. The proof is in the pic . Believe me.. he’s not done yet. He still has work to do. But… I know he’s going to do it. He’s got what it takes. He’s willing to embrace the work, whatever it may be.

On the left is man unsure of what he can accomplish.  On the right is man with a clear path and the gall to go after his dream.

GET A PERSONAL TRAINER TODAY!

Our system will help you achieve the results you’ve been fighting towards if you are all in. When you hire a personal trainer with Hyde Fitness Consulting, you’ll get a system that is custom fit to help you meet your goals.

While we would love to tell you we have the magic solution that will allow you to snap your fingers and be in the best shape of your life, we wouldn’t lie to you. Results are dependent on you. How bad do you want to reach your goals? Are you willing to put in the work? Are you committed? If you are truly ready to change your life, we promise to give you the tools you need to find success.

We want the process to be as seamless and realistic as possible. That’s the best way to help you reach and maintain your goals. Creating an effective plan means evaluating your lifestyle, finding ways to improve your habits and routine, and building a program that you’ll stick with until you reach your goals.

GET FIT. GET STRONGER. GET HEALTHY. 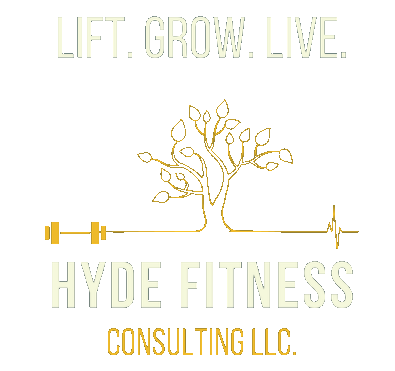 I help busy people manage their stress, weight, and overall well-being by creating a better lifestyle through fitness and exercise. 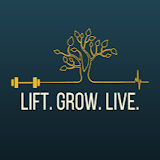 Kindell Carr
Lucas is an AMAZING trainer. He programs workouts specific to your personal needs. As a nurse, I have a super busy schedule but I am always able to fit in my workouts that Lucas has designed for me. If you need accountability, he is your guy. He will push you. He will make you work hard. He wants you to always be working towards your best self and it is his passion to help you reach your goals! I cannot recommend him enough.
Read more

Shannon Harris
I have been working with Lucas just over a year now after stagnating on my exercise routine for a couple of years. Since working with him, I have increased my strength far beyond my expectations and pushed myself in ways that I would not have felt comfortable doing without support. Lucas not only provides great exercise programs but also discusses the drivers and science behind why he is recommending the programs and gives the nutritional recommendations that ensure success. He genuinely cares about the health and well being of his clients and is extremely honest about what it will take to hit your goals to ensure your success.
Read more

Mark Austin
Lucas is the best. I wanted to be King Leonidas for Halloween... An aggressive goal to be sure and he made it happen! Could not be more happy with his approach to training and coaching... He simply brings out the best in you!
Read more

Forrest Smith
Great trainer. Great guy to be around Does great job of moving you through different workout phases to optimize growth. have had great results with Lucas as a trainer over last year.
Read more

Blakely Stokenbury
Lucas is amazing! He’s personal, motivational and genuinely invests in the lives of his clients!
Read more

Jessica Mahoney
Lucas is absolutely amazing. The training, one on ones, and group calls definitely help on this life long journey. And he’s not just a personal trainer, I think of him more as a life coach. He has helped me in so many ways!
Read more

Anna Williams
Lucas is great and cares about the goals of his clients. It's tailored to your specific needs. His aim is to teach you the tools you need to maintain your health and fitness on your own.
Read more

donna dd
He has been wonderful and I have success beyond measure! Pretty darn excited for my future gym program!!!!
Read more